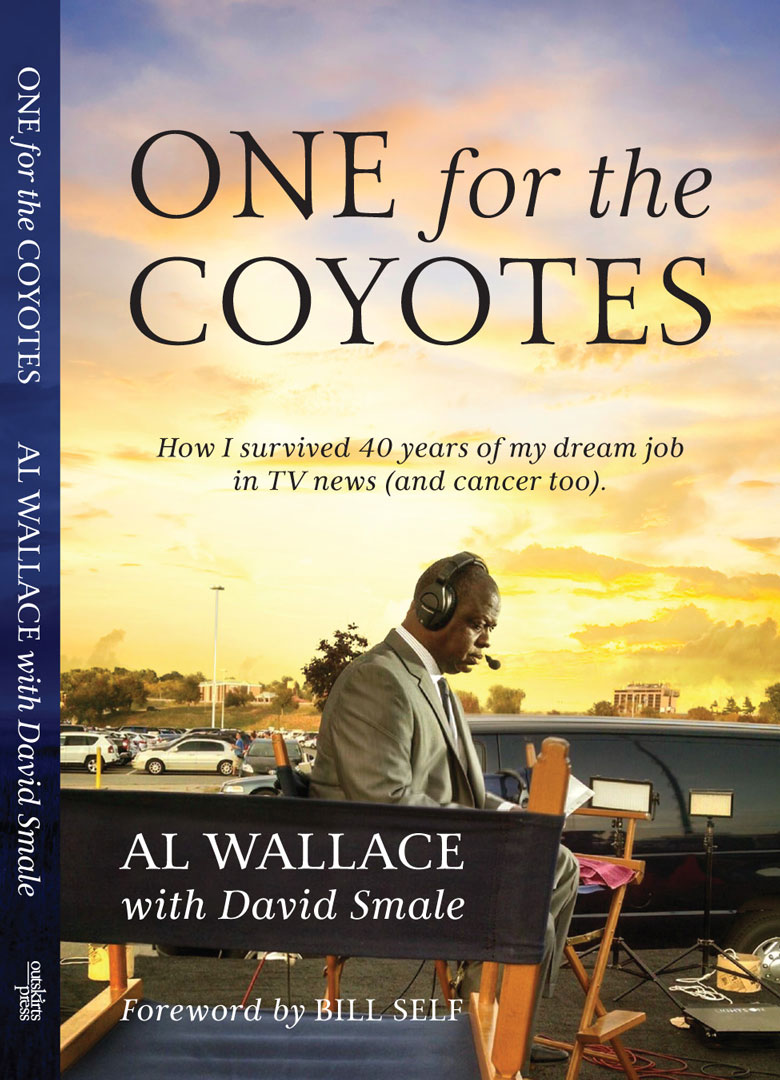 ONE for the COYOTES

“One For The Coyotes” chronicles the life of Al Wallace, who grew up in a military family in the 1960s and 70s, living in both the United States and Germany. During his early years he became fascinated with history, the Civil Rights Movement and early stages of television.

At the foundation of his youth was the discipline he learned from his father and his high school and college years in the football-crazy state of Texas. Al fashioned his work-ethic from both his family life and football to propel him in a career in television news and sports that transcended five decades and 40 years. Of those 40 years, 33 were spent at WDAF, Kansas City’s oldest and most trusted television station.

His tenure as a sports anchor and reporter in Kansas City gave him unprecedented access to the region’s favorite sports teams, including the Kansas City Chiefs and Royals. It also allowed him to establish working relationships with some of the region’s most popular and newsworthy athletes.

The relationships that he cultivated with those in and around the Kansas City sports community helped him persevere in one of the most demanding and challenging industries of our time.

While working in Kansas City, Al’s personal life became uniquely attached to the town of Lawrence, Kansas. There he met his wife and became captivated by the role Lawrence played in the history of the area, and even the roots of the Civil War. Lawrence also is home to the University of Kansas, an educational, historical and cultural rival to the University of Missouri, just two hours away in Columbia.

You don’t cover sports for four decades without becoming a fan to a certain extent. Al always was careful not to let his personal feelings affect his objectivity, but his proximity to the Kansas basketball program created a fondness that he acknowledges and welcomes . Because of that, he was glad that head coach Bill Self agreed to write the foreword for the book.

Bill Self is one of only eight coaches in Kansas’ storied basketball program history, and Al had the opportunity to interact with three of them, including Larry Brown and Roy Williams.

Throughout his life, Al’s unwanted relationship with cancer finally caught up to him in a very personal way. He had to find a way to battle prostate cancer, while dealing with how it affected the lives of his family and close friends, as well of others who dealt with the disease.

“One For The Coyotes” is Al’s account of his life, his career in television news, his fight to survive and raise awareness of cancer, his affection for the success that true teamwork can bring, and most of all, his love of family.